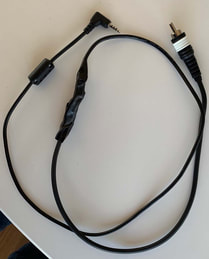 The Stackshot stepping table is a product of Cognisys. ​It is used to create macro photos of small objects by taking a number of photos moving the camera closer to the object with each picture. With an application such as Zerene Stacker the sharp part of each photo is combined to make a single photo with much greater depth of field than would otherwise be possible. A discussion of macro photography is at this site.

As of May 2020 Cognisys does not have a cable to enable the Stackshot controller to remotely control the shutter of the Panasonic S1R camera (presumably the SR model uses the same cable). Below shows how I made a home made cable. This cable only supports full shutter activation (no half press) and thus presumes the camera using manual focus. The resistors between the dotted lines are placed in the cable and taped over.

Some macro lens choices for the S1R are the Sigma 70mm F2.8 DG Macro combined with the Sigma MC-21 Sigma to L-Mount converter. An L-mount version of this 70mm macro lens is also available. Another possibility that gives 5x magnification is the Cannon MP-E 65mm F/2.8 1-5x Macro Photo Lens combined with the Sigma  cannon EF to Leica L-Mount electronic converter also called the MC-21. (both converters share the MC-21 descriptor for some reason.)

​Circuit of working cable for Panasonic S1R shown below. 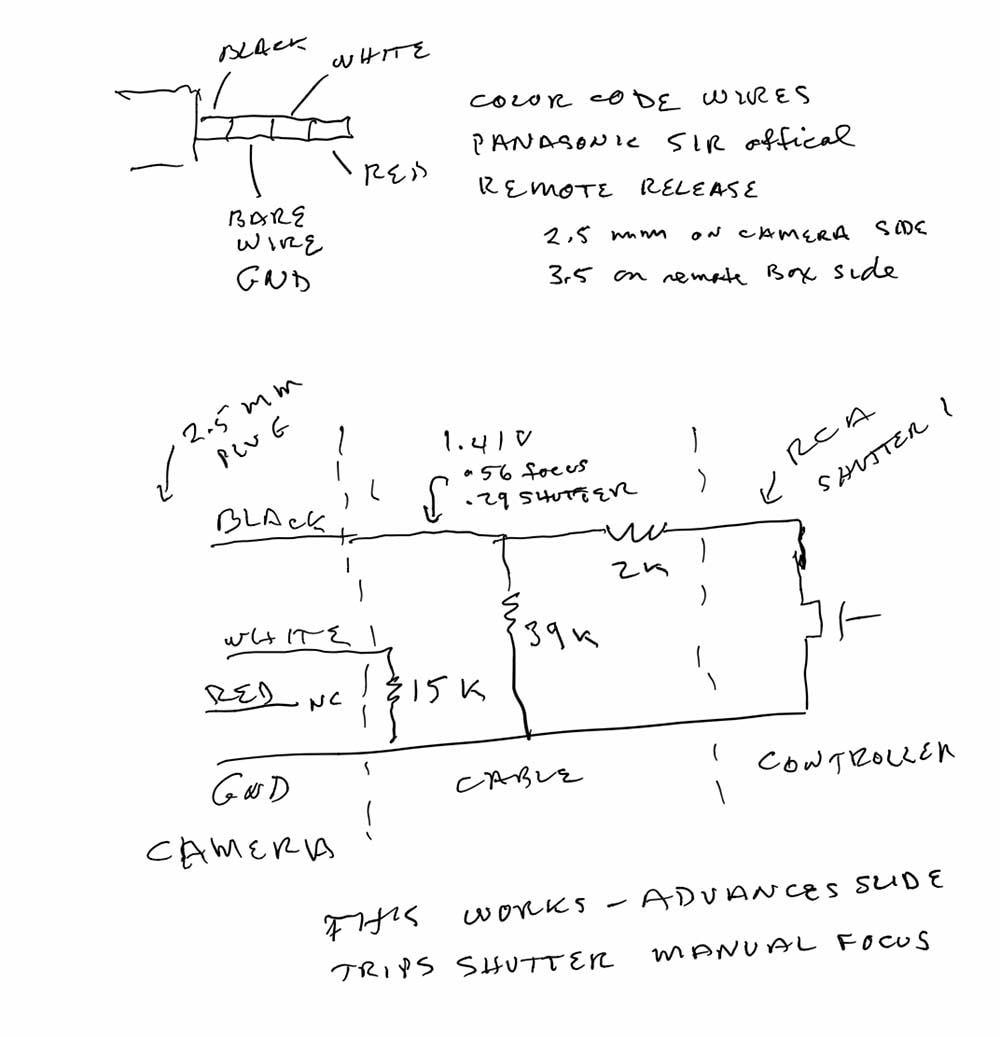 The circuit diagram of Leica's remote shutter controller is shown below along with a proposed circuit for a cable to connect th SL2 to the Stackshot.
​ 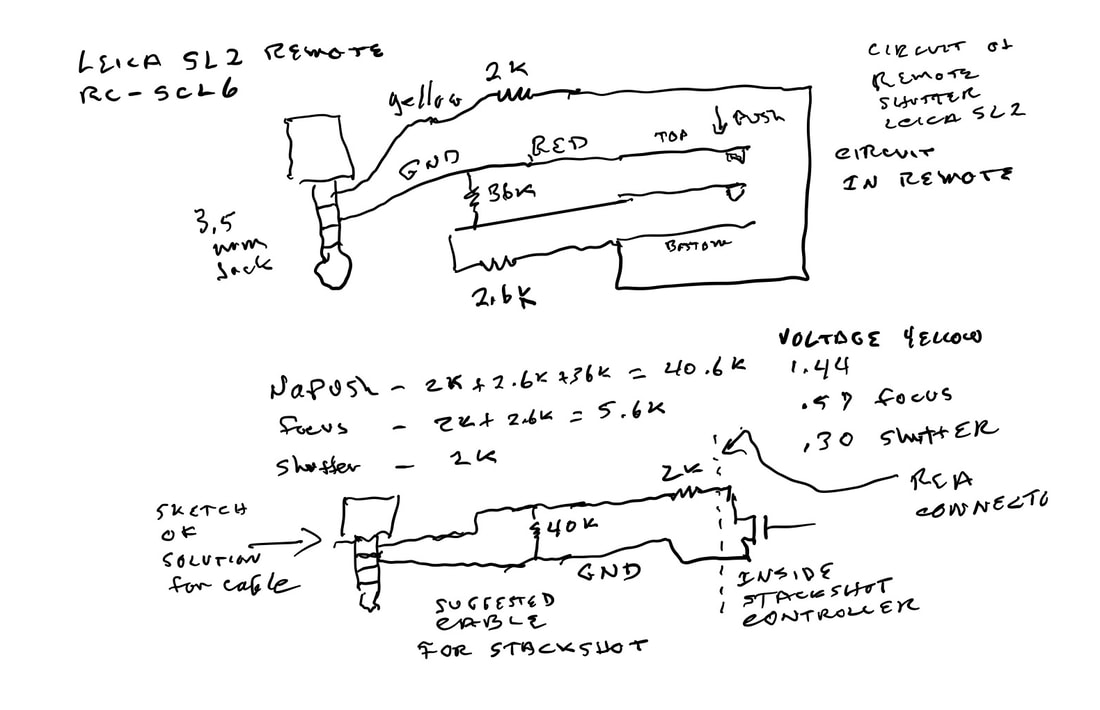 The circuit below has been tested and works with the stackshot controller and the Leica SL2. (Note: The SL uses is different circuit for the remote, so this won't work for the SL.)

Cables to construct the cable were purchased from Amazon and cut up with the resistors in the middle of the cable.